The TREPKO Group is one of the world’s leading suppliers of packaging solutions for the food industry. With 75 years of manufacturing experience we are placed at the forefront of the packaging industry and today we can proudly say we have loyal customers in more than 120 countries across the world.

Our strategy is to raise the quality of manufactured equipment and services by the use modern equipment and qualified staff. We try to be always next to our customers. We try to participate in their development by offering the newest solutions. We aim to stay ahead of our competitors and to be more attractive on the dairy market. 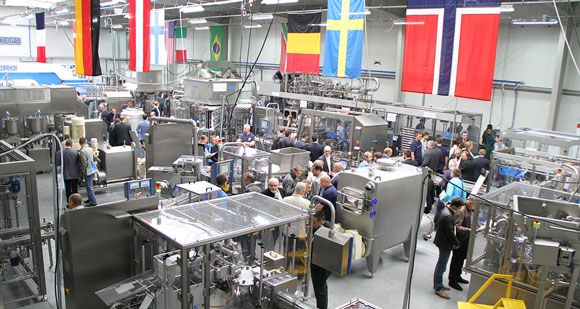 The high and stable position in the market confirms that our course of action is good. It has been confirmed by the fact that as a company we have achieved big international success in worldwide markets. We have positioned ourselves strongly and securely in all of Europe, North and South America, the Middle East, Africa and Australia and TREPKO has grown to be a leader among manufacturers of packaging machines.

All machines meet the most stringent quality and hygiene requirements and their performance combined with flexibility offers individual and optimized solutions designed specifically for the customers’ needs. Machines are characterized by high efficiency and reliability as well as ease of use and long durability. We use the most modern technical and technological solutions and all components have the necessary certification. Detailed control of the various stages of the production gives the customer confidence that even the smallest parts are manufactured with extreme precision and are of the highest quality.

Do you need more information?

See our offer
We would like to inform you that in accordance with art. 13 sec. 1-2 of Regulation (EU) 2016/679 of the European Parliament and of the Council of 27/04/2016 (the so-called GDPR), we ensure the security of data processed as part of the operation of our website. By clicking "I accept" or closing the window, you agree to the terms of processing your personal data expressed in the Privacy Policy
Accept Privacy policy